At glance this new camcorder is similar with HDC-HS700, but when you are planning for long time recording. Just bring an expansion memory, SD/SDHC/SDXC memory card and put it to its slot, because the HDC-TM700 contains only 32GB built-in memory. You see your captured-images in 3.0-inch LCD or on your big HDTV or computer, simply by connecting the devices via HDMI or USB interface. The advantage of this gadget is lighter than HDC-HS700, easier for on going situation, it’s only 380g meanwhile HDC-HS700 has 450g weight. 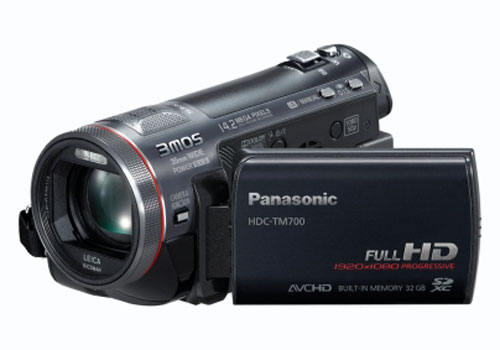 Panasonic HDC-TM700 HD camcorder is going to be rolled out to market around March 2010. Respectively, it will have a cheaper price than HDC-HS700. [Dandy Gadget Source]

Samsung NX2000 smart mirrorless camera, where is the pink?